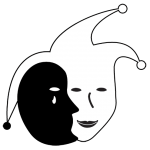 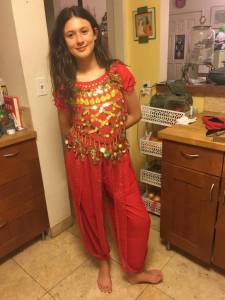 Last summer, I did Aladin and at first I as sort of disappointed because I only got the role of a Sultanette and the Tiger Spirit which were both group roles. In other words, I didn’t have any of my own lines. I was disappointed because I had been going to PAW for a few years, but after the first three days, the Director assigned different little parts for each of the Sultanettes and I became the lead Sultanette. I love how even when you have a group role, they still split the lines up and make sure every one has a part, even if it’s a little part. In the end I was really happy with my role because I got to get a really cool costume and in every scene, I got to be with my friends.

I also did the play, the Greatest Showman. In the Greatest Showman, I was cast as Queen Victoria. I was very happy with that role because one of my best friends was in all of the scenes with me and we had a great time (quietly) back stage. I love PAW because every year, it’s something different, even if they did a play they did one of the years before. Each play is unique and they always include everyone and all of the songs are so much fun!